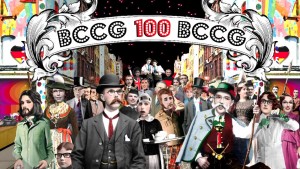 We made an animation for the British Chamber of Commerce in Germany. They commissioned us to mark the Centenary of their formation and the links between the UK and Germany in Europe. It’s been projected at conferences, civic functions and at events hosted by the British ambassador at the British Embassy in Berlin

Click HERE to watch a short clips selection on VIMEO 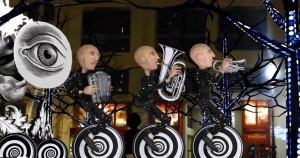 Video sequences were commissioned from us to be screened every day, from 6AM till Midnight on the big LED facades and towers of Mercedes Platz, Berlin’s newest public square. by Mercedes-Benz Arena/AEG.

Click HERE to watch a short clips selection on VIMEO 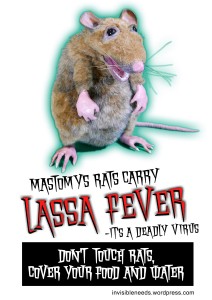 “LassaVivaStilNoGudo” – This is a health education puppet video of a puppet Kevin made, aimed at children and families. ‘Bra Rat’ also performed to community groups with Cath March on her Invisible Needs project visit to Sierra Leone, West Africa in 2018. Aimed to encourage children to promote family caution about the spread of Lassa Fever threw contamination by the Mastomys natalensis, also known as the “multimammate rat”

Ckick HERE to watch it on VIMEO 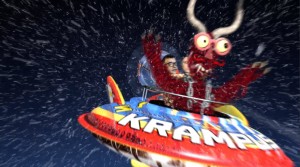 We created a series of animated videos for AEG/Mercedes-Benz which play all over the square in front of the Stadium and new concert hall in East Berlin. Giant video screens on the buildings and on specially built towers, a fountain, new bars and restaurants, a bowling alley, cinema and more

make this a very popular destination with everyone. One of our videos played every couple of minutes from 6 AM till midnight, 7 days a week. Here is the Christmas Holidays video, incorporating footage of the LED screens in the square on which they can be seen, which ran all over the Holidays.

Ckick HERE to watch it on VIMEO

Here are 3 short clips on VIMEO of us doing our live music thing.

Some POP from a CENTURY ago… 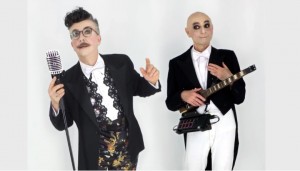 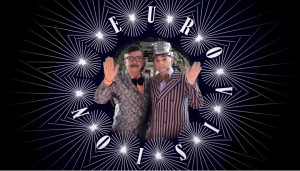 And a visit to the bottom of the sea… 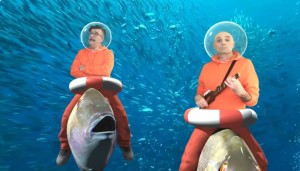 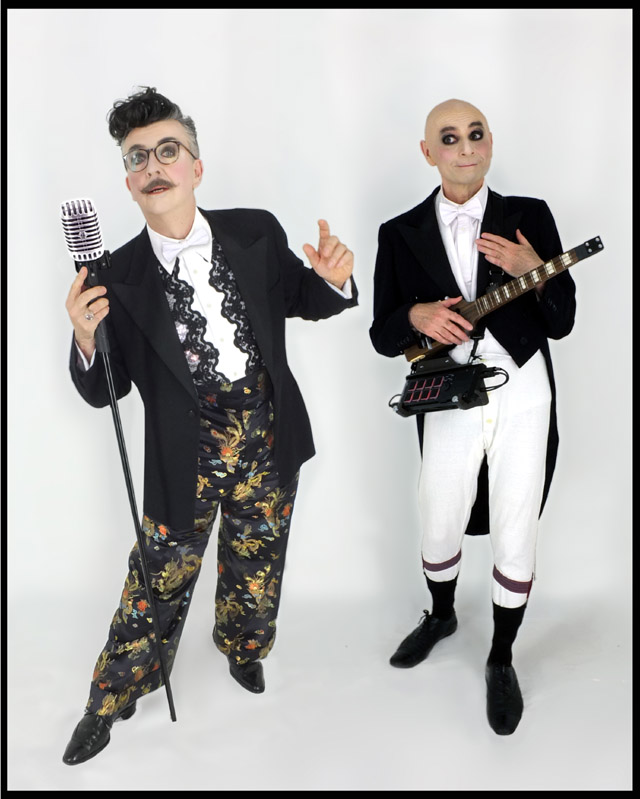 We appeared in a run of fantastic events that DUCKiE produced in 2016. In a re-creation of the legendary Lady Malcolm’s Servants Balls, The historical highs and lows of the  pre-war London LGBT scene were re-enacted by an enthusiastic audience in the Bishopsgate Institute in London.

We also performed at the associated event: WITHOUT BORDERS… Archives, Libraries, Museums and Special Collections (ALMS) 2016, an International LGBTQ+ Conference hosted by the City of London through London Metropolitan Archives in partnership with Bishopsgate Institute and the University of Westminster.

We also hosted a special Late Night event at The BRITISH MUSEUM to celebrate LGBTQ* History Month, which included us leading the audience on a musical tour of the Museum’s exhibits.

Other performances have included our participation in Magic Me/ DUCKiE’s  ”Palace of Varieties” Music Hall re-creation project. 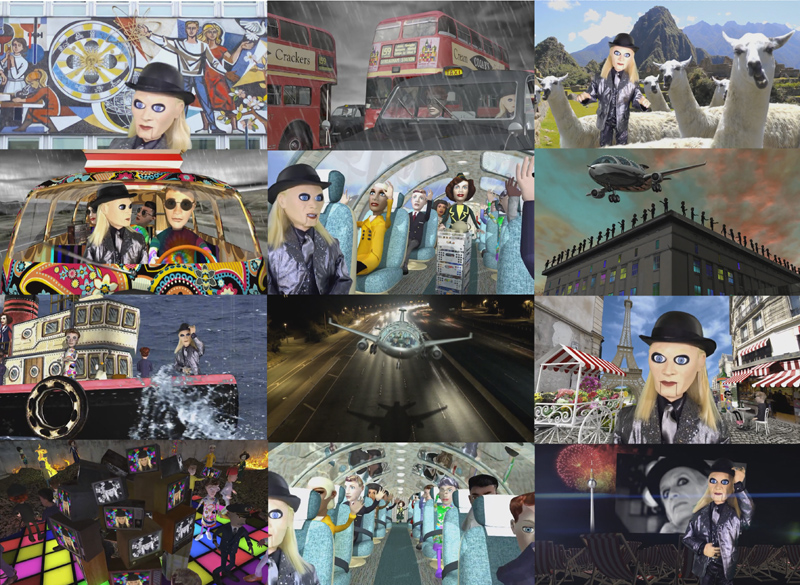 FLYING OUT TO BERLIN:  Apart from the  sequence shot in the Hafen Bar in Motzstrasse, this music video we directed for the song by Merlin Dietrich was made in our own studio, and was nominated at the Berlin Music Video Awards, and screened at the European Short Film Festival at the Babylon Cinema in Berlin.

You can see the video HERE or via the image. 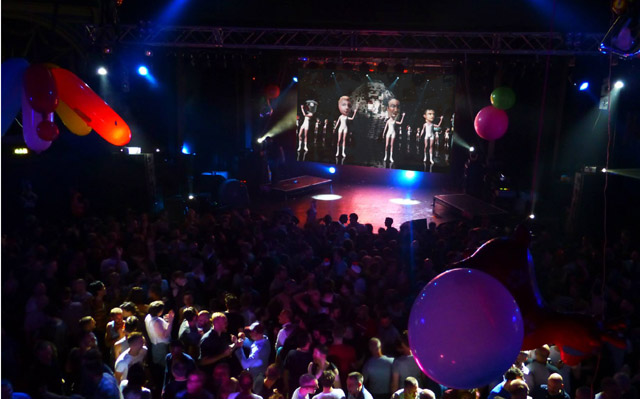 The crowd danced all night while the many hours of our video project “SHAMELESS” played on multiple giant projection screens at DUCKiE’s big summer SHAME night at the ELECTRIC in Brixton, London.. 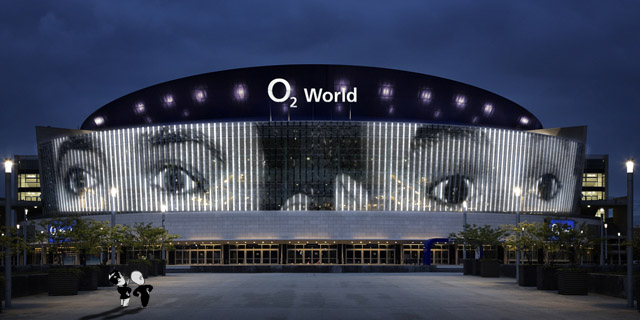 We were invited to make a video work for the Berlin Leuchtet (Berlin Light Art) festival, from the 2nd till the 19th October 2014. Buildings in Berlin are lit up with video artworks and projections and the city is transformed for people to explore.The O2 Arena in East Berlin is covered by an array of LED panels, 116 metre wide by 12 metre tall. Facing the East Side Gallery section of the Berlin wall, it was visible from Kreuzberg across the River Spree and also on the giant video screens at the river boat jetty opposite the arena, and by Warschauer Strasse station. Information, photos, a video clip and a Soundcloud link to the installations on-site soundtrack HERE

Clips of recent video work, in a more extended form, plus a new assembly called “Assorted Clips” can now be found and linked to HERE

COLLECTIVE CUSTOM BUILD – We have made a 4 minute long information film which features on a new website developed by The University of Sheffield and Ash Sakula Architects. It is an introduction and resource for people who want to build their own homes. You can watch the whole film HERE

We were commissioned by the Editor of the RADIO TIMES to make animated video projections based on their cover layouts. They featured during the Radio Times annual cover awards event hosted by Graham Norton and the London Gay Mens Chorus. 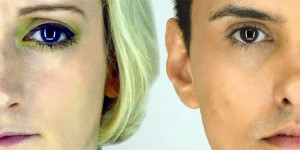